These three blockbuster films to watch with your family that young and old will enjoy from the first minute to the end. But the world of cinema is rich and diverse, so there are so many films that it has been very difficult to choose just three of them.

An eight-year-old boy, somewhat mischievous and who can do anything… what’s the name of the movie? Yes: Home alone. It is the most successful cinema for kids of the 90s, a film that we will never forget.

Its leading character, Macaulay Culkin, played the role of Kevin McCallister, a boy who was left home alone at Christmas while his family was away. But at first, it seems like a vacation for the boy, since he can eat ice cream, pizza, and whatever he wants, his vacation ends up getting complicated when two thieves try to rob his house.

Luckily, the boy is a genius and confronts them with all kinds of ideas and traps that he applies throughout the rooms so that they cannot get away.

It is a very funny film that both children and adults like, but it also teaches the value of being with the family and the importance of being careful with strangers. In addition, its soundtrack is something that children will love to hear, at Christmas, it will make them have precious memories of this endearing time of the year.

What does Jumanji mean? Surely you have wondered that. Well, Jumanji is a word that comes from the Zulu language, whose meaning is “many effects”.

In 1995, Robin Williams brought us a very funny comedy that mixed humor with playfulness and melancholy. It all starts with Alan Parrish, a boy who gets sucked into a very strange game called Jumanji, staying inside it until the game continues.

Throughout the film, we will see Alan and his young friends going through all kinds of adventures and overcoming many obstacles. They face a lion, huge spiders, they have to run in front of a stampede, they suffer from the appearance of monkeys and all kinds of other animals. Pure and fun fantasy.

From Jumanji, we must learn a very important lesson for life, which is none other than facing all our fears in order to succeed. Jumanji also has a sequel released recently with Dwayne Johnson as the main character.

This is one of Steven Spielberg’s first blockbusters. In 1982, Spielberg released the film that has become one of the classics of world cinema. A small being with a somewhat strange shape appeared on Earth and stayed at the house of Elliott, the protagonist (Henry Thomas) of the film.

The friendship between the two characters is at the core of the film, which helps to see that the purity of the children leads to a good friendship even when dealing with such different species.

However, children and adults will enjoy an experience that will touch their hearts very closely. In addition to the value of friendship in a disparate environment, children will be excited and may begin to think about whether there is life on another planet, something that is sure to amuse them.

The MP4moviez website offers both subtitled and dubbed versions of Hollywood movies. It’s well-known for being a source of free Hindi film downloads. 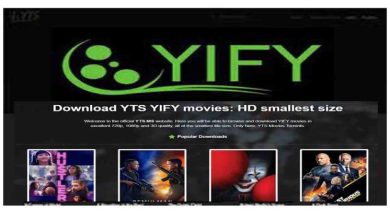 Does YIFY Have Viruses?