What makes a gift perfect?

In other words, a perfect gift is something they want but would never actually buy for themselves. Other than that, there are also original ideas they would instantly like but would never come up with. With that in mind, here is a brief list of such gift ideas.

If, like many others, you perceive your partner as your star-bound lover, there’s nothing better than giving them a custom star map. That is a personalized map of the night sky on the exact night that you and your partner first met. It is printed on museum-grade paper and can be displayed in your home. That is probably one of the best possible gifts if your soulmate is an astrology buff.

First of all, they are a memory for a lifetime. It’s like capturing a moment in a single frame. Unlike photography, however, it’s far more unique. Second, it usually gets delivered in 2-4 days, which means that you won’t have to place an order weeks in advance and then risk it being discovered prematurely.

Getting one a watch is one of the best anniversary ideas you could possibly come up with. First of all, it’s always there on one’s wrist, reminding them of you and your anniversary.

Second, the gift itself is so versatile, seeing as how there are so many wristwatch types out there for you to browse through. For instance, if your SO is tech-savvy, buying them a smartwatch might be the best idea. Then again, if you want something a tad more extravagant, there are online stores where you can buy diamond watches.

Finally, remember that each watch has its own personality. So, picking the right one (the one that fits the style and personality of your SO) is a sort of a test. Therefore, only go for this option if you are 100% sure that you understand their unique taste.

Many people promise their partners’ moon and stars but there are not a lot of those who deliver on this promise (both figuratively and literally). With that in mind and based on the personality of your spouse, there are a couple of ideas you could consider.

You see, there are some companies selling lots of land on the moon. The price goes at around $20 an acre. Sure, realists and skeptics may say that this is quite absurd but the reality is that it’s such a nice gesture. Those with a bit more ambition may want to consider buying a star. The cost of which is not that much higher ($20 to $100).

Buying a gift for a husband can be conducted in a similar matter. You see, there are these sites selling honorary titles for as low as $50. They usually base their claim on some obscure tradition and issue a certificate to the recipient. This can be framed and hung on the wall. Once again, the symbolism behind the gift is incredible.

Taking Them on a Trip

Going on a trip to a distant location that they always wanted to visit is a great gift. Why? Well, because you’re not just investing money and not just displaying how well you know them (although both of these things are quite valuable). You’re also showing your affection by actually setting aside time to travel with them. Sure, this might be the dream journey for both of you but it still counts.

A downside to this particular gift is the fact that you really can’t make it a secret. Sure, you can announce the intention on the night of the anniversary but you still need to give them time to take a couple of vacation days and organize everything. Expecting them to just drop everything immediately might even be seen as insensitive.

Taking your soulmate on a trip means giving them the best gift of them all – a gift of experience.

This is a bit less universal than the rest of the list but buying your SO a kit that will allow them to practice a new hobby (ideally one they’ve already shown interest in) can be huge. For instance, buying your boyfriend/husband a woodworking kit or buying your girlfriend/wife a small die cutter can be incredible ideas.

The reasons why this is so ingenious are quite numerous. First, your SO gets a whole new world opened up for them. They receive a gift of countless hours of enjoyment with this one gift.

Second, if your soulmate always wanted to try their hand at photography but never actually got around to buying a camera, getting them this gift is also an act of encouragement. In a way, you’re telling them you believe in their talents even more than they do. It is like giving them this necessary nudge in the right direction. In a way, it’s a gift of – “I believe in you”. Which is something that goes beyond material value.

At the end of the day, it all comes down to what your SO enjoys and what they like. Buying an anniversary gift is always a test – a test of how well you know them. If you’re having difficulties here, it might be an indication that you need to start listening more carefully. Picking a great gift, on the other hand, is proof to your SO that you are paying attention both to those things they say and those they never actually utter. 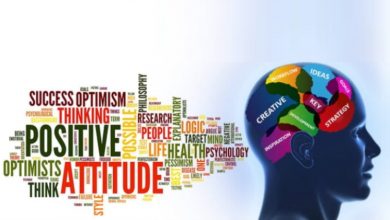 The Dynamics of Interpersonal Behavior